Want to be notified when this page changes?

You will be notified of any updates
to this site.
THANK YOU.


Update:
Posted by Admin for Connie -February 6, 2015: "Hi Everyone! I don't want you all to fear that I'm dying down here in Florida! I'm still breathing and I'd be attending the Al Jolson event this Sunday if I were able to...but I'm under the doctor's orders to stay in bed for a week (alone!) I took a bad fall the other day (February 4, 2015) while carrying packages, landing on my back. Then yesterday, while trying to maneuver the maze of books on the floor in my bedroom, I took another spill landing face down. Believe it or not, I broke my nose, I have a concussion and I have to stay in bed with complete rest being a priority. Can it get worse? Yesterday I was depressed and miserable. Today I'm just miserable LOL! Well, please believe me when I tell you I'm fine...just really sore.
Love you all, Connie
" 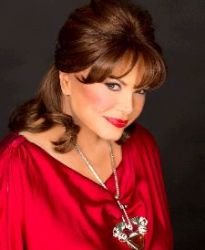 star of film and television the legendary Connie Francis will receive the Al Jolson Humanitarian Award to honor the work she has done throughout her life to promote music in the lives of all ages.  Connie is best known for starring in "Where The Boys Are" and recording hits such as "Stupid Cupid" and "Who's Sorry Now" and she's famous for her rendetion of "Mama".  Frank Loconto
will MC this Outstanding Musical Presentation.  The great Las Vegas performer and impersonator Tony Ferretti will be singing.  Venezuela's own Sergio Salani, who opened the season of the Symphony of the Americas with his beautiful performance of "Rhapsody in Blue" and Sergio' father Giulio Salani the #1 performer of Venezuela will join his son in song!  Also performing will
be Frank Sinatra's pianist Sammy Lee, who will play an incredible version of "West Side Story".  To conclude this magnificent event Frank Loconto and Victoria Jolson will perform the duet from "Phantom of the Opera". Frrank recorded the #1 hit "Marianne", and Victoria, a former Rockette has performed solo at both Carnegie Recital Hall and for NRH Queen Elizabeth II at her Silver Jubilee.

Dr. Joseph Pomerantz and Joy Rodenberg will be receiving the esteemed Platinum Circle Award for their contributions to Music and the Arts in Weston.

Neil Sedaka to Be Honored By Footlighters Club...
"Entertainer of the Year" ~ Neil will be honored with the Connie Francis Lifetime Achievement Award
February 12, 2015...presented by Connie Francis 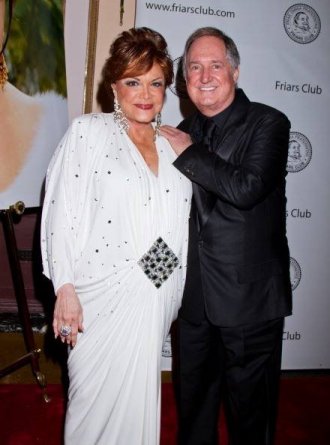 The Footlighters Club of Florida will stage an all-star tribute to Neil Sedaka as "Entertainer of the Year".  He will receive
The Connie Francis Lifetime Achievement Award presented by Connie on Thursday, February 12, 2015 at 12 noon at the
Seminole Hard Rock Hotel and Casino in Hollywood, Florida.  This is open to the public.
Among the show-biz celebrities to appear are (in alphabetical order) Rod Alexander, Ann Anello, Jay Black (formerly of Jay & The Americans), Dick Capri, Pat Cooper, Joni James, Ben E. King, Trini Lopez, The Platters, Gianni Russo, plus some special surprises.
The event is produced by Errol Dante, musical director Mark Friedman, and talent coordinator Stanley Seidenberg.

The trio hosted the Homeward Bound telethon to benefit victims of post-traumatic stress disorder and traumatic brain injury. The four-hour event, aired on the Military Channel, is a fundraiser for several charities.

“This is a 45-year-old dream for me,” said Francis, who entertained troops during the Vietnam War. A telethon was needed then but the social climate wasn’t receptive to aiding veterans, the singer-actress said.

Money raised by the telethon was donated to charities that provide services and support to servicemen and women and their family members coping with war’s aftermath, including the American Red Cross and Wounded Warrior Project, telethon organizers said. Gary Smith, whose credits include the Tony and Emmy Awards ceremonies, was the executive producer.

Francis, who said she endured a dark period in which she required mental health care, is focusing on victims of PTSD (Post Traumatic Stress Disorder) and the high rate of military suicides. She said she wants to erase the stigma of mental illness for those who have served as well as civilians.

Connie's New Single, "A Soldier Died Today" is now available on Connie's own label!
The official version has now been uploaded to iTunes. Here's the direct link:
https://itunes.apple.com/us/album/a-soldier-died-today-ep/id726327701 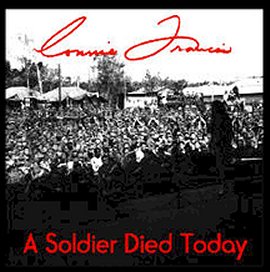 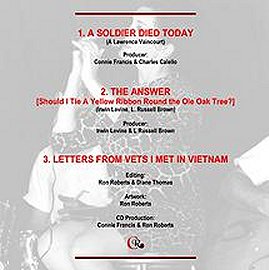 You can also order it and get more info at
http://www.conniefrancis.com/#!asdt/c1p8s

Update - the new season for Connie's weekly radio show begins on September 5th 2014 on Baltimore Net Radio. And...the great news is that Ron Roberts will be joining Diane to give you the inside scoop on Concetta Records.
Don't miss it! http://www.youtube.com/watch?v=V6T5IQyC1eU 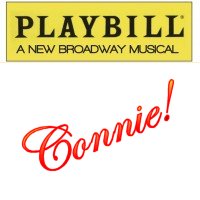 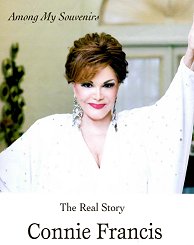 "Among My Souvenirs"
The Real Story

Connie's second book, "Among My Souvenirs" is in it's final stage.
“It’s much better than the first book. It’s more honest and more focused.,” she says. “I wrote the first book on the run, doing bits and pieces in airports and green rooms. This time I was really able to concentrate.”

The 11-month project also benefited from the singer’s secretary having kept highly detailed notes on appearances, meetings and other data from around 1958 to 1982. “It’s amazing! I could never have done this book without her,” she says. 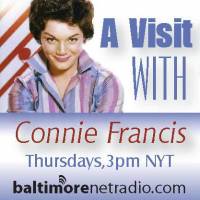 Weekly Program
"A Visit With Connie Francis"
Thursdays
3:00 - 4:00 pm NYT
with rebroadcasts as per program schedule
www.baltimorenetradio.com
Call the station to leave a song request or just share a story or a memory about meeting Connie, etc.
(recorded for playback)
Toll-free 877-577-2630 Option 4
or international callers please call
540-288-4001 Option 4
or e-mail: [email protected]

Songs requests and messages will be aired as time permits.

Check back periodically for updates!

Back to the Directory