The ongoing interview by

Welcome to Part 11 of the ongoing interview with Connie from DISCoveries Magazine, September 1991 issue.

Do you know which song DISCoveries was talking about in the last part of this interview?  Read on....


CONNIE:  Everybody's Somebody's Fool was first written as a Lavern Baker-type blues ballad.  But, I called Howie and said I had just been in Germany and that it was the most unblievable, untapped market for music.  They have very naturalistic, German songs, but they love country music.  So I asked that he come up with a country song 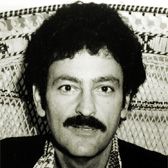 for me.  Something very regimented, like Heartaches By The Number, which was a No.1 hit both pop and country.  When I saw him next I asked, "Did you write the country song for me?"  He said, "I'm watching television, we're watching a Frankenstein movie."  I said, "Turn off the TV and play me the song you wrote."  So they played me a real bluesy Everybody's Somebody's Fool.  I said, "It's a good song, but play it like Heartaches By The Number.  He did, and within a few bars I said that's it!  I'm recording it.  And I said,  "Howie, I'm also recording it in German, Japanese, French, Spanish, and Italian , too!  And he said, "Oh, Connie, good grief.  As it turned out, it became the No.1 song of the year in Europe in 1960 and I was named the No.1 artist of the year.  It was the first time ever that a non-European won that award.  I don't think it's happened since.
DISC:  Was it a thrill, also, to finally see yourself at No.1 in the U.S.?

CONNIE:  Yes, because that was the first time.  I wanted to kill Tequila by the Champs, because it kept getting in the way of Who's Sorry Now. And My Happiness stalled at No.2 because of Smoke Gets In Your Eyes, by Tony Williams and the Platters.  That one kept me out of No.1 for about two weeks in 1958.

DISC:  Is there a story about Jealous Of You?

CONNIE:  Here's what happened regarding Jealous Of You.  With Everybody's Somebody's Fool I knew going in that it was a No.1 song.  I knew that even before the recording session, I really did just because the lyrics were so great.  It had to be a hit because everything like it was.  The only music that doesn't seem to change much is

country music.  Take Tennessee Waltz, if it were recorded for the country market today for the first time, it would still be a huge hit. Bye, Bye Love would also be a hit.  All the pre-'57 songs, because what was rock and roll?  It was a combination of country and black music.  When those two giant forces blended, we got rock and roll.  But, about Jealous Of You, when my father found the song down at Melody Mike's, in the old Italian neighborhood in Neward where I grew up, he thought, "My kid, Connie, she wouldn't know a hit if she ran over it with a truck.  It it's an Italian song, forget about it.  She won't do another Italian song."  This was after Mama. "I'm telling her she has to have a follow-up to Mama for the jukeboxes."
So he listens to Jealous Of You at Melody Mike's, then brings the record home, and he says, "Here, Connie, throw this on the other side of that country thing you're doing.  You need a follow-up to Mama and you need a song that's going to make it in all the metropolitan areas where the Italians are."  Of course that's exactly what happened.  Jealous Of You didn't mean anything in Omaha, but it was No.1 in parts of New York.

In the next part of the interview Connie talks about her continuation of the country/foreign language combination of songs with her next single.  Know what it was?  Come back and find out!

IF YOU'D LIKE TO KNOW WHEN "THE INCOMPARABLE CONNIE FRANCIS!" IS UPDATED,
DROP ME A LINE!

You are at PART 11
Miss any part of this interview?  No problem!