Welcome to the long awaited Part 12 of the continuing interview with Connie Francis by Jerry Osborne from DISCoveries Magazine, September 1991 issue.
In this part of the interview Connie tells of her country/foreign music beginnings, and also about songs she turned down.

DISC:  You successfully used the country/foreign language combination of songs again with your next single, My Heart Has A Mind Of It's Own.

Connie:  I wanted Malaguena to do for my Spanish album what Mama did for the Italian album.  Unfortunately I never did Malaguena on TV.  I just forgot all about it.  I made the mistake of not doing something from the Spanish album on TV.  However, the Spanish music market wasn't nearly what it is today.

DISC:  My Heart Has A Mind Of It's Own did become your second Number 1 hit - in fact two in a row.

Connie:  Howie called me and said, "As a follow-up to Everybody's Somebody's Fool you told me you wanted another country song.  I've got one titled My Heart Has A Mind Of It's Own.  I said, "It's another hit title.  Send it to me by overnight express."  There was no question in my mind.  It was Howie Greenfield's lyrics, and he liked it.  When he liked a song I knew I would like it.  He was a wonderful writer and I feel so bad that he passed away.

DISC:  Many Tears Ago and Senza Mamma were in keeping with the country/ethnic pattern.

Connie:  Yes, but Many Tears Ago wasn't quite country.  And even though it went Top 10 I think it would have been more

successful if it had been a little more country.  Senza Mamma was one that the distributors were getting a lot of requests for because it was played a lot from the second Italian song album.

DISC:  You mentioned earlier about some songs you turned down.  Would now be a good time to talk about those?

Connie:  Yes.  That song was brought to me by a friend, Hal Fine, who also brought me Strangers In The Night.  Coincidentally, both were co-written by Bert Kaempfert.  At any rate, I knew Danke Schoen was a hit, but I had just come

off all those foreign language albums and I felt I didn't want to do another foreign language song.  I talked to Bobby Darin - he and I were big Wayne Newton fans - and we suggested the song to Wayne.  I did end up doing the song for release in other languages for release there, but Wayne did it in the United States.


Then there was that wonderful evening when I went to the premier of the film Doctor Zhivago in L.A.  The next morning I 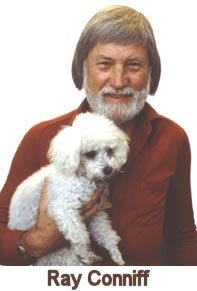 called the president of MGM records and said, "Arnold, you've got to get words written for that Lara's Theme that's in this movie.  It's gorgeous and it's a hit for sure.  He said, "Okay, who do you want to write it?"  After thinking about it for awhile I suggested Paul Francis Webster, who wrote Love Is A Many Splendored Thing and Three Coins In The Fountain.  So I called Paul myself and said that I wanted to do this song right away because the movie's out, and I asked him how long he thought it would take him to do the lyrics.  He said it would take him about a week.  I said, "Okay, great."


In less than a week, Paul called me and played me the lyrics he'd written.  When I heard his lyrics I said, "C'mon Paul, it's 1966," or whenever it was, "these moon, June, spoon, charms, arms songs, they've had it.  'Somewhere my love there will be songs to sing' - give me a break."  I asked how long it would take him to rewrite it.  He said, "I'm not going to rewrite them."  I said, "Then i'm not going to record it.  This is too square for me, I can't cut it.  Why don't you give it to somebody like Ray Conniff,"  Of course he did and it sold about 3 million copies.  Oh well, I did eventually do it in all the foreign languages, like I did with Danke Schoen.  Unbelievable, right?

Well, that's about it for now!  Join us next time when Connie talks about singers, song writers, Motown and Where The Boys Are!

You are at PART 12
Miss any other parts of this Interview?

Back to The Incomparable Connie Francis Directory