The ongoing interview by

I know it's been a long, long time since updating this interview, and I do apologize.  I hope you will still enjoy it!

Connie: "There are reasons why some people consistently have hits.  In general it's what I call the perfect marriages in music, such as Burt Bacharach andHal David teaming up with Dionne Warwick.  That's an example of a match made in heaven.

Petula Clark and Tony Hatch is another.

Irwin Levine, Larry Brown and Tony Orlando is another. 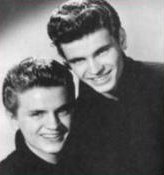 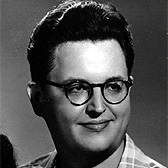 The Everly Brothers and Boudleaux Bryant, and I could go on and on.  And anybody who sings a Carole Bayer Sager song.  To me she is incredible.  Once, someone handed me a big sack of sheet music and asked me to pick the songs I liked best.  I chose 11 songs and every one of them was a Carole Bayer Sager song, and I didn't realize that all of them were when I selected them.  I think she's marvelous.

Then there was the whole Mowtown scene.  At Mowtown, the artist was practically insignificant.  It was the way they recorded the music.  Whether a song was by the Supremes or Martha and the Vandellas didn't matter, because the music tracks were always recorded first, often without a singer in mind.  It wasn't like elsewhere.  They, usually Holland-Dozier-Holland, would come up with a great song and lay down the music tracks - then they would pick out the singer from their roster. Where Did Our Love Go could have just as easily been by the Vandellas and it still would have been a No.1 hit.  They simply manufactured hit songs. 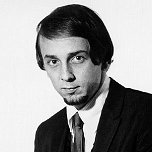 Phil Spector did the same thing.  In a way it reminds me of the Stan Greberg hit Old Payola Roll Blues where just yank this Fabian-like kid from off the street and say "Hey kid, can you sing?", and he says no, and they say "Good" and make a record with him.

Disc:  The marriage of Neil, Howard and Connie seemed to be a good one.

Connie: It was. I recorded Neil's first song for Donnie Kirshner.  Also Bobby Darin gave Splish Splash to Kirshner.  Sadly, we got very little in royalties from Donnie for the things he did.  We had a 50-50 publishing agreement between us.  Bobby did too.  Later, Bobby got very angry with him and never spoke to him again.  The royalties were ridiculous - imagine getting only $8,000 for worldwide sales of Stupid Cupid.  That was the end of our split        publishing agreement.

Disc:  1961 began with the release of the title song from your first film, Where the Boys Are.  Did you like this one?

Keep checking back to see what Connie has to say about the song and the movie "Where the Boys Are'.
You are at PART 13
If you missed any other part of this interview:

BACK TO THE DIRECTORY PAGE