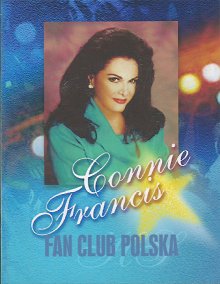 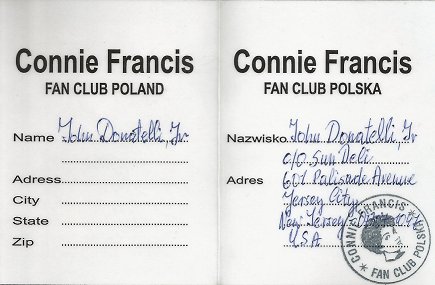 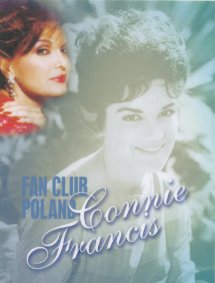 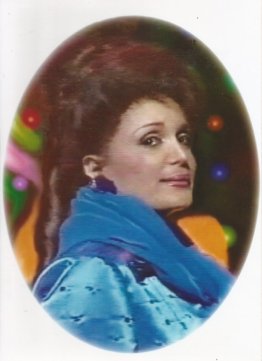 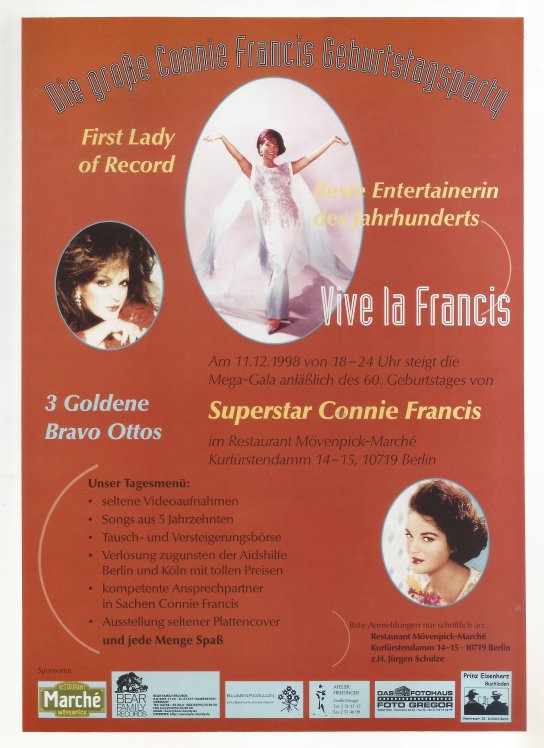 Scan of the 8 x 10 photo of the original poster from Berlin, Germany.

In December of 1998 Jürgen Schulze, one of Connie's most ardent and loyal fans in Germany, decided that Connie's birthday would be the perfect time to honor her in his hometown, Berlin.  At the time he was working as  a trainer in Marché Mövenpick, a well known restaurant located at the world famous Küfurstendamm, so with  permission from his managing director Mr. Schulze was able to have the upper part of the restaurant for the evening of December 11, 1998.

The celebration was to include just a congregation of Connie's fans from Germany, Berlin in particular, but it quickly grew into an event featuring dining, music, live performances, exhibition of record and CD covers, lottery and TV coverage.

Mr. Schulze secured Connie's support for the party and she generously donated some personal items for the lottery to be held in favor of two organizations supporting people suffering from AIDS.

One of the local radio stations, Berlin 88.8, did on-air promotion for the party and the 120 restaurant seats were booked weeks before the party took place.  Also creating interest were the specially printed posters like the one you see to your left which obviously attracted collectors as they were frequently s
stolen.


Festa Italiana
This is from the old Connie Francis International Fan Club newsletter.  Volume 1, Issue 3, September 1999
The article itself is a June 12, 1999 Concert Review written by Janis Galef & Dana Donley and posted when Michael Wright had his website "The Connie Francis Page",
This is an abridged version for this website. 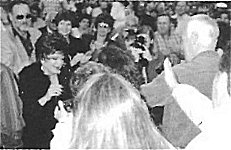 Connie wanted her Italian songs to be perfect because the concert was in Lodi, California, rural wine grape-producing area that is the home of many generations of  hardworking Italian Americans.  For more than two hours in the warm San Joaquin Valley sun Connie fine tuned each element of the performance until she was completely satisfied.

The stage was lit and the orchestra members focused on their sheet music, but the light came from the sun and they wore blue jeans and tee shirts, rather than tuxedos.  When Connie walked on the stage the rehearsal began.  There were music arrangements and a conductor, but Connie was in control of the final result.

"Softer," Connie directed when the accompaniment was too loud.

"Can we have a bar of mandolin?" she asked the keyboard player as they began the song, Do You Love Me The Way You Kiss Me? (Scapricciatiello). 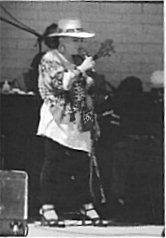 With the concert still ahead of her, Connie graciously took the time to meet a small group of lucky fans that were allowed into her rehearsal..She talked with them and signed their treasured copies of her book and albums.
"I'll set the tempo on the pickups," she instructed as the musicians played Stupid Cupid.

Although her throat was very dry from medication she was taking for a back injury, Connie opened the concert with Let Me Try Again.  She then delighted the audience with a medley of her smash hits, rock and roll, country songs and a salute to Frank Sinatra.  In between songs she entertained the audience with her anecdotes about being Italian, marriage, sex, and her crush on Al Pacino.  Connie sang Mama and Al Di La straight from the heart as only she can.

The climax of the concert was Connie's moving account of her "greatest high in show business which was her performance for the battle-weary soldiers in Vietnam while she was on a tour in 1967-68.  Connie was warned by a famous general not to sing God Bless America because the soldiers were demoralized and not feeling good about their country, but Connie insisted.  As she started singing one soldier got up, put his hand over his heart, and with tears in his eyes started singing with her....then another.....and another.  Before long 25,000 soldiers were on their feet and sang "the praises of their country" with Connie that night.

The show closed with a standing ovation, but Connie's day wasn't over.  She remained more than an hour after the show to sign autographs for every fan who waited in line shivering in the frigid night air.  She even signed the stool she used during the concert for one of the Festa Italiana organizers.

This is just the tip of the iceberg, as I have a lot more articles, interviews and photos to share.  So be on the lookout for the updates!
COMING SOON
A CORNUCOPIA OF CONNIE 2