Connie Francis has recently penned a new biography that she has so graciously agreed to share with fans and friends.
Read it here!

On a cold, wintry day in Newark, New Jersey, a squalling baby girl was born to Mrs. Ida  Franconero, an Italian housewife and her husband George, a roofing contractor.  The date was December 12, 1938.  Mrs. Franconero named her daughter Concetta Rosemarie.
She was originally supposed to be born in Brooklyn, where her family lived at the time. However, her mother was visiting relatives in Newark, NJ, and attended an all-night dance when she went into labor. 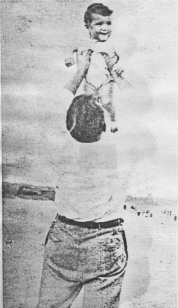 Although her mother had college plans for Connie, her father noticed very early that she would be interested in more than just

books.  Every time the radio or record player was on, baby Connie waved her chubby hands in time to the music. Her parents agreed they had a music lover for a baby! 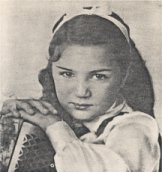 So for Connie's fourth birthday, her parents gifted her with an accordion.

Lugging around an instrument almost as big as she was, Connie soon became a familiar sight at neighborhood parties and weddings.  Soon she learned to sing while she played the melody of the song on her accordion, and the cute little girl was a favorite of the whole neighborhood.

By the time Connie was eleven, her father felt that she was ready to turn professional.  He took her to a TV station to audition for George Scheck's "Startime".  When they got to the audition, the room was full of singers...all good, all thin.  Chubby little Connie didn't think she had a chance.  Then Mr. Franconero spoke up, telling Mr. Scheck that "My little girl plays the accordion, too! She's really good! And she sings while she's playing.....well, you'll just have to see it!"

Mr. Scheck saw. He also liked.  Connie was signed for the show.  But success was not to be hers...at least, not for a whole year.  That was when Connie appeared on the Arthur Godfrey Talent Scout Show (aired January 12,1948-April 28,1958) and 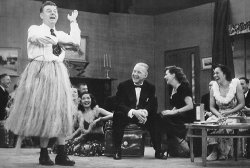 won.  It was a shy, self-conscious Constance Franconero who appeared on the show.  It was a self assured, confident Connie Francis who won it.  Arthur Godfrey had suggested that she change her name to something shorter, and she's been Connie Francis ever since.

The small bit of publicity gained from the Godfrey show soon passed.  Then...nothing.  Months and years of bleak despair followed. 13...14...15...16.  Connie's life was passing by, and nothing was happening.  Sure, she was an honor student at Newark and Belleville High School, but what good was that when she wanted to be a singer?  And the four year scholarship that she won to New York University, what good was that?  Oh, sure, it was an honor!  But who wanted honors when the door to show business seemed closed!

Then came a spark of hope.  MGM Records, one of the biggest labels in the country, signed Connie to a contract.  Now

But the happenings were only a few unsold records by an unknown singer named Connie Francis.  No one noticed.  No one cared.  Connie was signed to sing the background music in two movies, "Jamboree" and "Rock, Rock, Rock," but it didn't help her.

Disappointed, depressed, and ready to give up, Connie looked again at the four year scholarship.  If she went to the University, it meant the end...no more secret hopes, no more dreams.  She would be just another University student.  She was at a crossroads now....and the decision she made would chart the course of her life.

The decision was - the University.  Connie's father pleaded with her.

"Look, you're going to college anyhow.  What's so wrong with just one more try?  You can't lose anything!"

"You're quitting?  I never knew my daughter was a quitter!"

That did it.  Connie agreed to cut one more record.  This time, she didn't care if no one heard it, no one bought it, and no one cared about it.  She was through with the record business!

Connie rehearsed a few songs she liked and then her father suggested she try "Who's Sorry Now?" a song written in 1923.
Connie and her Dad argued back and forth.  She was convinced that the kids would laugh her off the stage if she sang "that lousy song..".

But finally, not wanting to hear her father anymore, Connie agreed to record one more song.

On October 2, 1957 Connie recorded a few songs at MGM and tried to get out of doing "Who's Sorry Now" saying that there wasn't enough time.  Well, Daddy kept track of the time very well and Connie still had 20 minutes to use the studio.  So

she walked that walk that teenagers walked when they didn't want to do something, up to the microphone.  Connie wasn't into it at all, she didn't even try.  She just opened her mouth and let the words come out and the song was done in one take.

It was over.  Connie pleased her Dad and now she wanted to wash her hands of the whole mess.  When asked, she wouldn't even try to promote the song.

On January 1, 1958 in the midst of celebration with family members and friends, Connie excused herself from the dinner table to dash over to the TV set at exactly four o'clock.  Her and eight and a half million other kids knew it was time for "American Bandstand" with Dick Clark.

During the show Connie heard Dick Clark mention something about a new girl singer.  Then heard "There's no doubt about it! 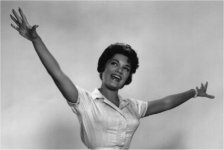 By March of 1958 the record "Who's Sorry Now" by Connie Francis was in the number one spot!

When she was first making demos, a New Jersey mobster approached her father and offered to place Connie's songs in every jukebox along the East Coast. Mr. Franconero protested, stating that if his daughter was going to make it he wanted to see her do it on her own.

The news of President John F. Kennedy's assassination reached her on the set of her third MGM film, Looking for Love (1964). She recorded the single "In The Summer of His Years" in honor of the fallen president and packaged it in a conservative gold sleeve with no photos. All proceeds from the song were donated to the family of Dallas police officer J.D. Tippitt, who had been shot and killed by alleged Kennedy assassin Lee Harvey Oswald.

In July of 1963 she played a Command Performance before Queen Elizabeth II at the Alhambra Theatre in Glasgow, Scotland.

She and ex-husband Joseph Garzilli adopted a son, Joseph Garzilli Jr, born in 1974.
While the recording of "Who's Sorry Now?" in 1957 was planned to be her final session for MGM, she actually ended that relationship in 1969, choosing not to renew her contract when MGM was taken over by Polydor.  She opted instead for a domestic life with her third husband, Joseph Garzilli (from 1973-1978).

Connie didn't return to the recording studio until 1973 when the writers of "Tie A Yellow Ribbon", long time friends, wrote "The Answer" especially for her.  In 1974 her husband encouraged her to return to the stage, with disastrous consequences.  After her third performance she was raped in her room at the Howard Johnson's where she was staying while performing at Westbury Music Fair.   Ultimately, this incident contributed to the end of her marriage.
During 1975, nasal surgery temporarily robbed her of her voice.

She was on the comeback trail in 1981, when her 40 year old brother, George was shot outside his home in a fashionable section of nearby North Caldwell, NJ. 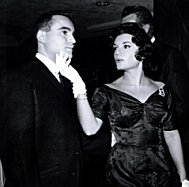 It took 7 years to determine that through all these events, she was also diagnosed with Bipolar Disorder. 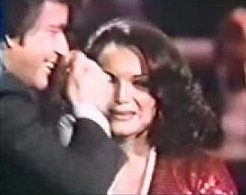 Connie has had more than her share of tragedies in her life, and every time has "Picked herself up, brushed herself off, and got back in the race." (Thanks, Frank)

According to a broadcast on the A&E Biography channel, singer Elvis Presley attended one of her concerts and had to leave for emotional reasons once he heard her sing the song "Mama" as his mother had just recently died. The next day Elvis sent Connie two dozen yellow roses with a note apologizing for his abrupt exit.


Connie is now a Living Legend.  She continues to sing to sold out audiences and they love here now just as they did then in the year 1958 and will continue to love her in the years to come.

​After her eight-year, 17 involuntary commitments to mental institutions, in New York, New Jersey, Florida, California and Texas, Connie’s life came full circle on May 19, 2010 when she was named the National Spokesperson for Mental Health America’s Trauma campaign. She calls her initiative “S.T.A.R.” – Stress, Trauma, Awareness, and Recovery.

​In December of 1967, after leaving Vietnam, she tried, unsuccessfully for three years, to launch a telethon to honor our U.S. veterans.  Regrettably, the political climate was much too negative to rally interest in a cause that could have potentially boosted the morale of our soldiers and positively influenced public perception towards them.  When honored by the Friars Club, along with businessman/ philanthropist, Leonard Wilf on June 6, 2011, Connie expressed her fervent desire to launch a telethon.  With the purpose of addressing the prevalent and urgent need of millions of veterans and their families suffering from the life-altering effects of PTSD, Leonard Wilf listened.   It is with sincerest gratitude to Leonard Wilf, that now, in 2013, her dream of a telethon for veterans has finally “come true.”

On Sunday, November 10th, 2013, her charity, Haven From the Storm, sponsored the first telethon for veterans, named after Paul Simon’s Homeward Bound, produced by the legendary Gary Smith, who with his partner, Hemion/Smith Productions, garnered 47 Emmy Award nominations. The telethon was co-produced by Lee Miller and Tom Werts, both former producers of Jerry Lewis’ MDA telethon. (Tom is a Vietnam vet.)

Aside from her multifaceted career activities, Connie’s main thrust is to devote the remainder of her life in the service of American veterans, and is also determined to secure a total revamp of the inhumane conditions and harmful practices that exist in most mental hospitals throughout the country, and to effect by law, a uniform and enforceable Mental Illness Code, a Bill of Rights for patients in mental institutions. She is equally determined to reinvigorate her campaign on behalf of victims of violent crimes, a one-woman crusade that had been tremendously successful, until her hospitalization.

To me, Connie was and always will be the number one female vocalist of all time.  She has touched me personally, spiritually and has broadened my appreciation for music of all styles and in all languages.

I borrow a part from her heartfelt words she expresses to all her fans:  Connie....."Thanks a Million!"